The changing landscape following CDM 2015 and the move to behavioural-based safety call for a substantial shift in the ingrained behavioural patterns and mindsets found in many organisations. It’s a shift away from ensuring compliance to a given set of standards (a focus on the benefits of safety through adherence at best, a tick-box exercise to achieve certification to operate at worst) towards a culture of collaboration, based on trust, openness, integrity and mutual respect. To navigate this change you’ll need emotional intelligence – the ability to communicate effectively with others, to connect with, relate to and ultimately influence them. Emotional Intelligence is like the WD40 for relationships. Leadership coach Angela Dellar looks at how six seconds can make all the difference.

Think back to a time you reacted really well to something that happened. That time when people thought you’d fly off the handle or go quiet (depending on how you tend to react in these situations) but you didn’t. Now, think of a time you reacted badly. One that makes you cringe. You wish you could go back in time and behave differently.

Everyone has a magic six seconds between a stimulus and their behaviour. Emotional intelligence enables you to make use of that time to pause and consciously choose to respond rather than react spontaneously in a downward spiral. 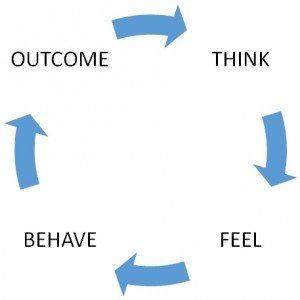 Emotional intelligence is increasingly considered to be the most powerful determinant of personal success and, unlike IQ which is relatively static, it can be grown throughout your life.

At any given moment your thinking comes from one of two mental states:

Go back to those good and bad reactions you thought about earlier. Which zone were you in each situation?

Recognising times when reactions stemmed from your green or red zone is a significant first step in improving your emotional intelligence.

The second step is learning to press pause before reacting so that you have time to recognise which zone you’re in. You can do this by focusing on your:

Just being able to pause for long enough to spot the zone you’re in can give you the split-second you need to curb a reaction that takes you further away from the outcome you seek.

The third – and arguably hardest – step is to move into the green zone before responding. To do this you first need to understand why you aren’t you in the green zone all the time.

We’re all human – perfectly imperfect and that’s what makes it fun and frustrating in equal measure. Our brains are hard-wired for self-defence. Our primaeval survival instinct hasn’t evolved in line with our environment and will still kick in if we sense a threat, even if it’s emotional rather than physical. When you sense a threat you’re straight into your red zone, a mindset that protects you from feeling uncomfortable feelings often by deflecting the source, making it appear to come from external factors, be it the people around you or a situation you believe is out of your control. Your mind is clever, always seeking to make you the one in the right.

The reality is that our behaviours stem from how we think and feel about ourselves.

Understanding that your sense of wellbeing can only come from inside you is at the heart what’s called inside-out thinking. But more of that in the next article.

Increased emotional intelligence helps you to understand others by recognising their zones and subtly shifting your approach in order to influence them productively. Everyone has an innate capacity for listening, being curious and questioning. Once you’re in the green zone more often, you gain time to analyse those around you and subtly shift your approach influencing the environment towards productive outcomes.

Collaboration in its truest form happens when outcomes are intrinsically linked – when you’re as passionate about the other party’s success as your own because, unless you both succeed, neither of you do. It requires trust, teamwork and green zone behaviours where the quality of your thinking and performance is at its highest and you are able to work together productively.

So how might inside-outside thinking help you to keep in the green zone more often? The next article will share exactly what you need and how to do it.

Angela Dellar is an entrepreneur, qualified accountant and qualified leadership coach. With both sharp business acumen and the ability to facilitate lasting behavioural change, she supports leaders to develop green zone culture and relationships based trust, teamwork and collaboration. In her book “How to Fly High”, available here to download for free, she shares more about using emotional intelligence to respond rather than react.